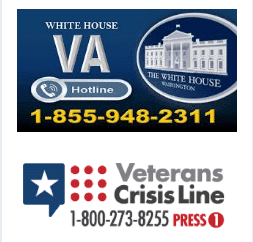 This is for those Vets yet to get their first Colonoscopy.

What happens when you drink 10 oz of Magnesium Citrate? I’m glad you asked…

12:05 pm: It’s time. You shotgun a 10 oz bottle like it’s a lukewarm PBR and you don’t want to be a pussy in front of your older brother’s friends.

It’s suppose to be grape flavored but it’s becoming quite clear that whoever led the R&D team that day has never actually tasted anything grape in their life. You are already regretting this decision.

12:06 pm: You deep throat a cupcake like you’ve been saving it for the apocalypse because let’s face it…that time is here. It’s going to turn to liquid form before it even clears your throat but you don’t care. All is right in the world at this moment. Hold on to that. You’re about to enter a very dark period in your life.

12:37 pm: First sign of life. The pressure is growing. You already have 5 lbs of impacted shit in your colon and you basically just drank the “safe for humans” version of Drano. You feel a poop coming on finally. You think it’s time. You’re wrong. You get a little snake turd as a teaser.

Take note…this is the last semi-solid thing you will see leaving your body for the next 24 hours.

12:57 pm: That little science experiment you got cooking is about to reach it’s boiling point. Your stomach is angry now. It hates you…you can feel it. You have exactly .3 seconds to make it to the nearest toilet but you can’t run… NEVER run! You pray to god there is enough elasticity in your butthole to keep the gates closed 5 more steps as you start to preemptively undo your pants to save valuable time. Almost there. 3…2…1…

12:58 pm: Sweet Mary, mother of God…is this real life? Your cheeks barely hit the seat and all hell breaks loose. The shit/ water mixture you’ve just created comes out with such force that it actually sprays the back of the toilet bowl at a 45 degree angle thus deflecting it in every direction but down.

That’s just the remnants of a cherry pie you ate at Thanksgiving…when you were 5. The smell is horrid…the sound is frightening. You try to clench whats left of your asshole to soften the blow but it’s not working. The whole house just heard your liquid shit fart as it gurgled out of your ass.

You’re now curled up in the bathtub ugly crying because you have to remain within arm’s reach of the toilet at all times. You have the poop sweats.

8:37 pm: Your family will never be able to unsee the things they’ve seen in the last 8 hours.

Life as you know it will never be the same. But…tomorrow’s a new day. You’re going to wake up, throw on the only remaining pair of underwear you have that doesn’t have a shit stain on it, and you’re going to run up to Target with the last shred of dignity you have left…and buy yourself a new toilet brush. You’ve earned it.